Description of the films

Traditionally the films we know come from oil processing. However, today we can mention other raw materials such as cellulose, starch and sugars. These are classified as renewable sources and are typically used to make biodegradable and compostable films.

The production of traditional films is similar to each other. It starts with granules that are introduced into extruders or heated hollow cylinders that house a worm screw inside. The extruder has the task of homogenizing and melting all the components. The compound obtained is pushed through a die which provides a continuous “plate” or “tube” of semi-melted polymer.

Thanks to the operation of “orientation” or stretching of the sheet both longitudinally and transversally, the appearance, thickness and properties we know are given to the film. In the image below an example of sequential orientation. From left to right, it is possible to appreciate in order: the granule loading hopper (resin), the actual extruder (Twin-screw extruder), the die (T-die), first orientation station in the machine direction ( Machine direction stretcher) and the second station of orientation in the transverse direction (Transverse direction stretcher). The operation ends with the wrapping of the film (Winder)

The film can receive further processing such as corona treatment, application on one side of acoating,metallization.

The goal is to increase the wettability level of the most superficial layer of the film in order to allowoptimal adhesion of paints, inks, adhesives. The process involves exposing the film to a highly oxidative environment which promotes the formation of radical groups on the surface of the film. This increases the surface energy of the film or the polar affinity with inks, paints, etc. (increase in printability).

Application of a coating

If we want to give the film a particular function such as a better printability by chemical affinity, a heat-sealing side or make afilm dry (pre-adhesive) we can spread a special polymer layer on one side of the film. The application will take place through coextrusion processes or feeding the die with two or more extruders (online application) or with spreading techniques on the base layer of the ready-made film (off-line application).

That is the deposition of a very thin layer of aluminum (a few hundred Angstroms thick). This process gives the film a silvery appearance and addsgas and light barrier characteristics. The function can therefore be simply aestheticor functionalin the case of packaging applications. The process is carried out in a high vacuum chamber in which very pure aluminum filaments (see photo) are melted in special crucibles forming an aluminum vapor which sublimates directly on the surface of the film. It is possible to adjust the amount of aluminum deposited on the film by adjusting the speed of the film. 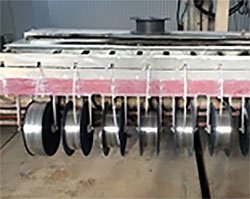 Characteristics of the main conventional films 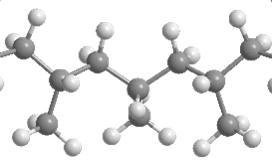 Polyester is a more resistant film than BOPP, it is more transparent and has a low oxygen permeability. It is also more thermally stable and therefore suitable for food packages that must undergo a passage in the microwave. 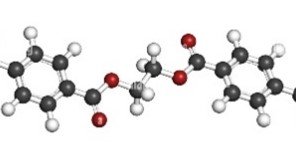 Polyethylene is a softer and more flexible film than both polypropylene and polyester. It is less transparent than BOPP, permeable to oxygen and is particularly suitable for contact with food. Frequently used to make packages heat sealable.

The chemical industry has selected a wide range of monomers since each of them gives the film different characteristics. However, the properties of the films are also determined by theproduction process, by theadditives and copolymers that are added and by their thickness. Looking at a typical data sheet we find the following properties:

Numerous types of films are available for paper converting and packaging applications. Each of them provides different characteristics and performances that must be evaluated with respect to the specific application required.

We are here for you